The Oberheim System (a precursor to MIDI)

Tom Oberheim was born in Manhattan, Kansas in 1936.

In junior high school, he started building HiFi amplifiers for friends probably based on the same articles in Popular Mechanics that his contemporaries Bob Moog (1934) and Don Buchla (1937) were reading.

He was also listening to a lot of Jazz music and when he read an ad in Downbeat Magazine about an LA jazz club you could get into at no charge, he made the decision to save enough money to go to LA.

Of course, he needed to find a job so he applied to be an apprentice draftsman at National Cash Register (NCR).  NCR was a very large company at the time (but would soon become the Blockbuster Video of its era).

NCR were experimenting with a new brand new technology, computers.  Of course at the time, a computer was not something you put on your lap, it was a room full of large bulky devices.  But computers fascinated Tom and he continued to find jobs in the fledgling computer industry in Los Angeles. Tom Oberheim held a variety of part time jobs in LA between 1956 and 1969.

In 1966 he found a job where they would let him work part time and go to school so he enrolled in UCLA.

At UCLA, he started studying physics (like Don Buchla) and he would also spend time in the music department (like Dave Rossum).

That is where he met two people who would change the course of his life.

Joseph Byrd and Dorothy Moskowitz were in a band called "The United States of America" which had made a couple of records.  When one of the band members quit and took his Ring Modulator with him, Dorothy asked Tom to make the band a new one.

The experience of designing a Ring Modulator and seeing how musicians used it to create unique tones led to Tom's fascination with manipulating sound.

The first commercial product that Tom produced was the Music Modulator which was the result of combining Tom's experiments with ring modulators with other circuitry to create a device that could be used in live performance. This product was used by a number of contemporary musicians including innovative trumpeter Don Ellis, and experimental composer Richard Grayson, who played the units with Tom in improvised live performance concerts. Tom was asked by the acclaimed film composer Leonard Rosenman to provide a ring modulator for an upcoming movie Beneath the Planet of the Apes (1970).

The Music Modulator was also sold by the Chicago Musical Instrument Company (later Norlin Corporation) under the Maestro name as the RM-1. 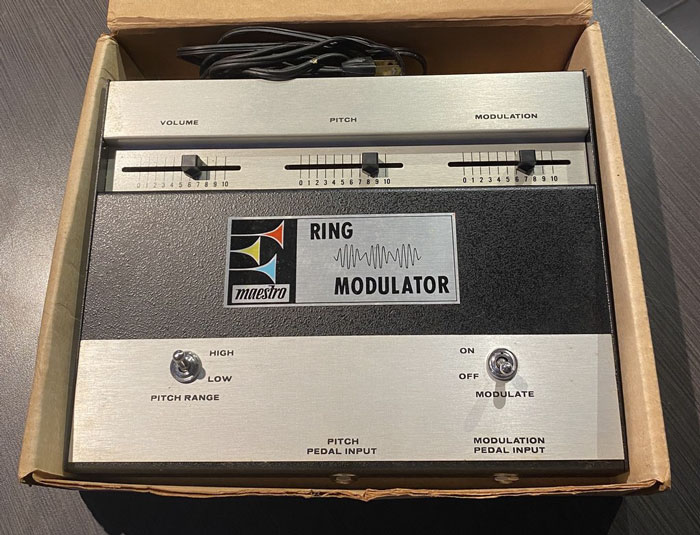 By 1969, Tom Oberheim was doing contract work designing effects processors for Maestro like the Maestro PS-1A Phase Shifter which was inspired by the Leslie speaker for Hammond organs. 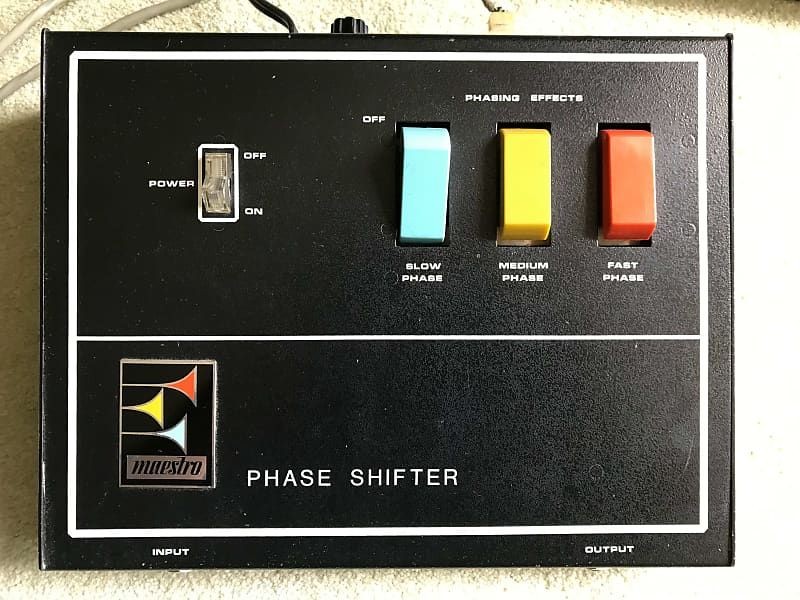 Having gotten the bug for the musical instrument industry, at the 1971 NAMM show Tom went to the ARP booth and asked Alan Pearlman if he could become the company's first Los Angeles dealer for the ARP 2600.

Tom became very familiar with the  ARP 2600 and 2500 synthesizers selling them to musicians like Leon Russell, Robert Lamm, and Frank Zappa. It is amazing how all the founders of the modern music production environment were interconnected and we will see more of those interconnections soon.

Tom realized that the ARP 2500 though more difficult to use then the 2600 could play two notes at the same time which the ARP 2600 could not do so he designed a modification to give the ARP 2600 two note polyphony.  In those days of modular synthesis, two notes of polyphony was a really big deal.

Tom Oberheim's practical experience with computer programming led to his next breakthrough product. 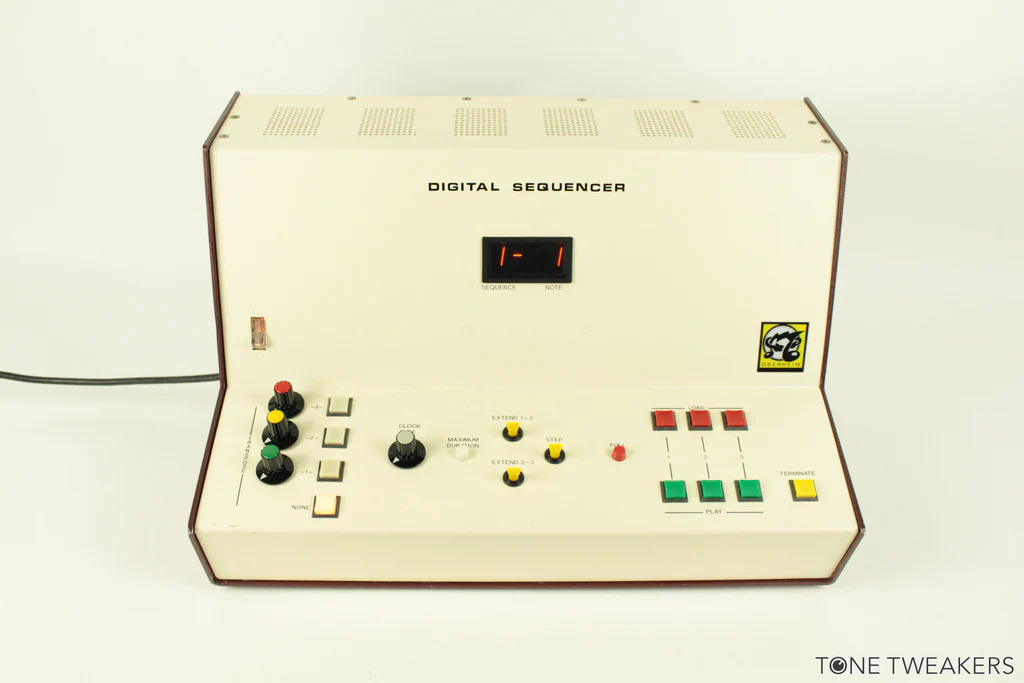 The DS2 Digital Sequencer was released in 1973 and was one of the very first digital music sequencers. As it didn't make any sounds, it was a peripheral to existing modular synths in particular the ARP 2600 that Tom Oberheim was distributing in LA.

Tom Oberheim's next product the SEM (Synthesizer Expansion Module) would be significant for several reasons.

It was the first Oberheim product to make its own sounds (not process sounds from another source).

It was also the first product to bear the Oberheim name.

Finally it was the first product that was a collaboration with another of the founders of the modern music production environment, Dave Rossum. 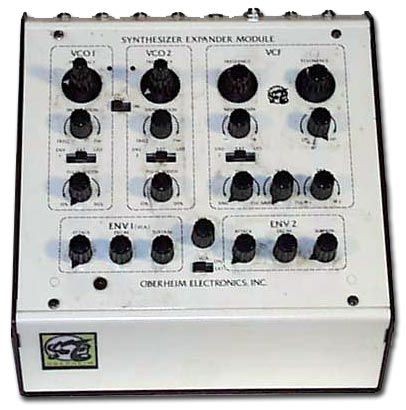 All of the pieces were starting to come together.

By 1977, Oberheim had released Oberheim 2 Voice, the Oberheim 4 Voice and the optional Programming unit.

You could buy a two Voice or 4 Voice synth with a 2 channel voltage controlled sequencer and if you needed Preset storage for use on stage, you could add a programmer module that would digitally store 16 different sound settings.

Finally there was company offering keyboard players something that had a keyboard, a programmable polyphonic synthesizer with preset program storage and a sequencer in all in one product.

But the design was bulky and each expander module had to be programmed separately unless you had the Programming unit which could only store 16 sounds.

Plus you needed a mixer because each of the expander modules had a seperate audio out.

Soon the competition (Sequential Circuits) would catch up and lead frog everyone with the microprocessor driven, 5 voice polyphonic, programmable Prophet 5.

In ten short years, that same concept would add MIDI, ROM based samples and effects and be called the Korg M1 Music Workstation, but that is a story for another day.

The Oberheim System (a precursor to MIDI) 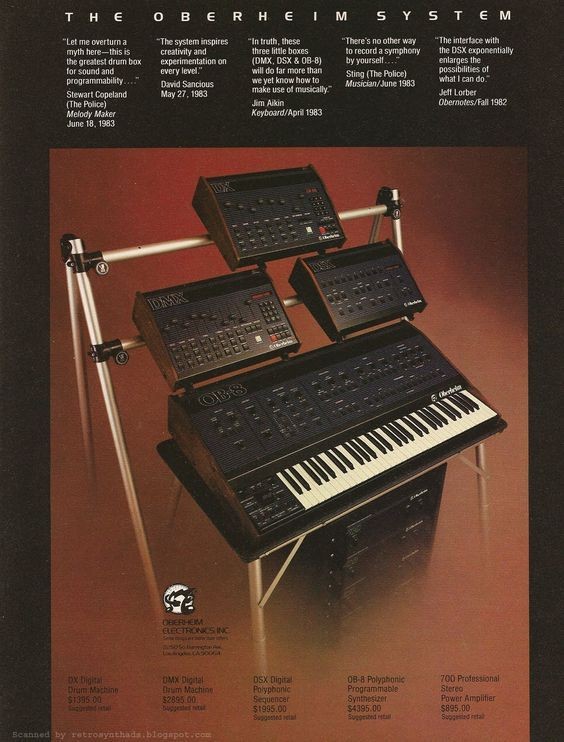 In Chapter 5 of the History of MIDI, we look at the precursors to MIDI including Control Voltages and Gates, Roland's Digital Control Bus (DCB), and the The Oberheim Parallel Bus introduced in 1980.

The Oberheim 37-pin D-SUB connector that allowed the OB-8, The DMX Drum Machine and the DSX Sequencer to connect together into the Oberheim System was one of the inspirations for MIDI and Tom Oberheim was the first person that Ikutaro Kakehachi from Roland reached out to about his dream of a universal digital musical instrument interface.

Only three short years after the Oberheim System was launched,  Sequential Circuits and Roland would demonstrate MIDI at the 1983 NAMM show.

Oberheim Electronics released the products listed above as well as the Matrix 12 and Matrix 6 in the early 1980s.

By May 1985, Oberheim Electronics was struggling the company was taken over by Oberheim's ex lawyer who promptly sold the company to the Gibson Guitar Company.

Two years later, Tom Oberheim departed the company he had founded and filed a lawsuit against his ex-lawyer for legal malpractice.

In 1987, Oberheim formed Marion Systems (named after his daughter Emily Marion) and did consulting work for Roland and Akai.  The company also released the Marion Systems MSR-2, a modular synthesizer concept.

In the year 2000 after Marion Systems, Oberheim founded SeaSound, a manufacturer of audio interfaces.

Many musicians recording with their computer find that they need to buy — and wire up — separate mic preamps, guitar preamps and monitor mixers as well as their soundcard. Martin Walker tries out a products that aims to combine all of these elements in one system.
https://www.soundonsound.com/reviews/seasound-solo-ex

Tom Oberheim returned to hand-building and selling updated SEM synthesizers , but the Oberheim name is still owned by Gibson.

2016- Dave Smith and Tom Oberheim collaborate on the OB-6 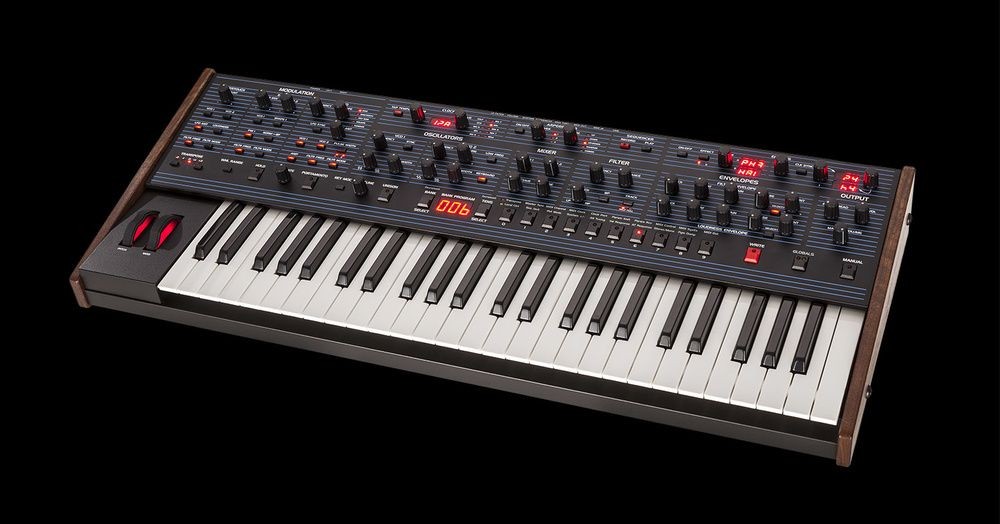 Tom designed the VCO and VCF sections and Dave provided the arpeggiator/step sequencer, effects and production capabilities. After 30 years, two of the pioneers of modern synthesis were working together to design new products. 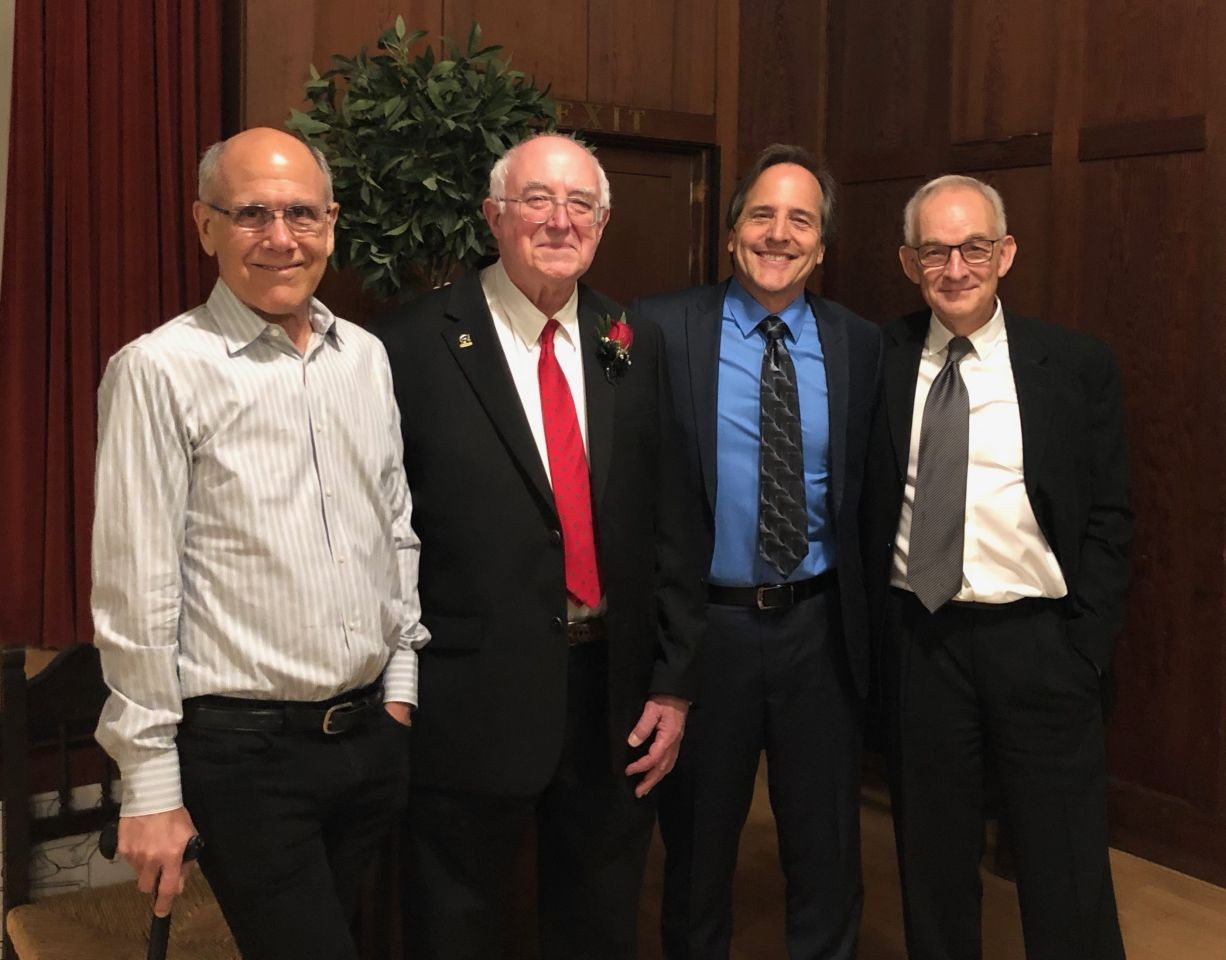 At the 2022 June NAMM show, Oberheim Electronics showcased the new OB-X8.  What was supposed to be a joyous celebration was dampened by the news that just days before the NAMM show, Dave Smith had passed away.   This is a picture from 2019 of Dave Smith, Tom Oberheim, Marcus Ryle (an engineer at Oberheim when still in his teens and founder of Line 6) and Roger Linn. 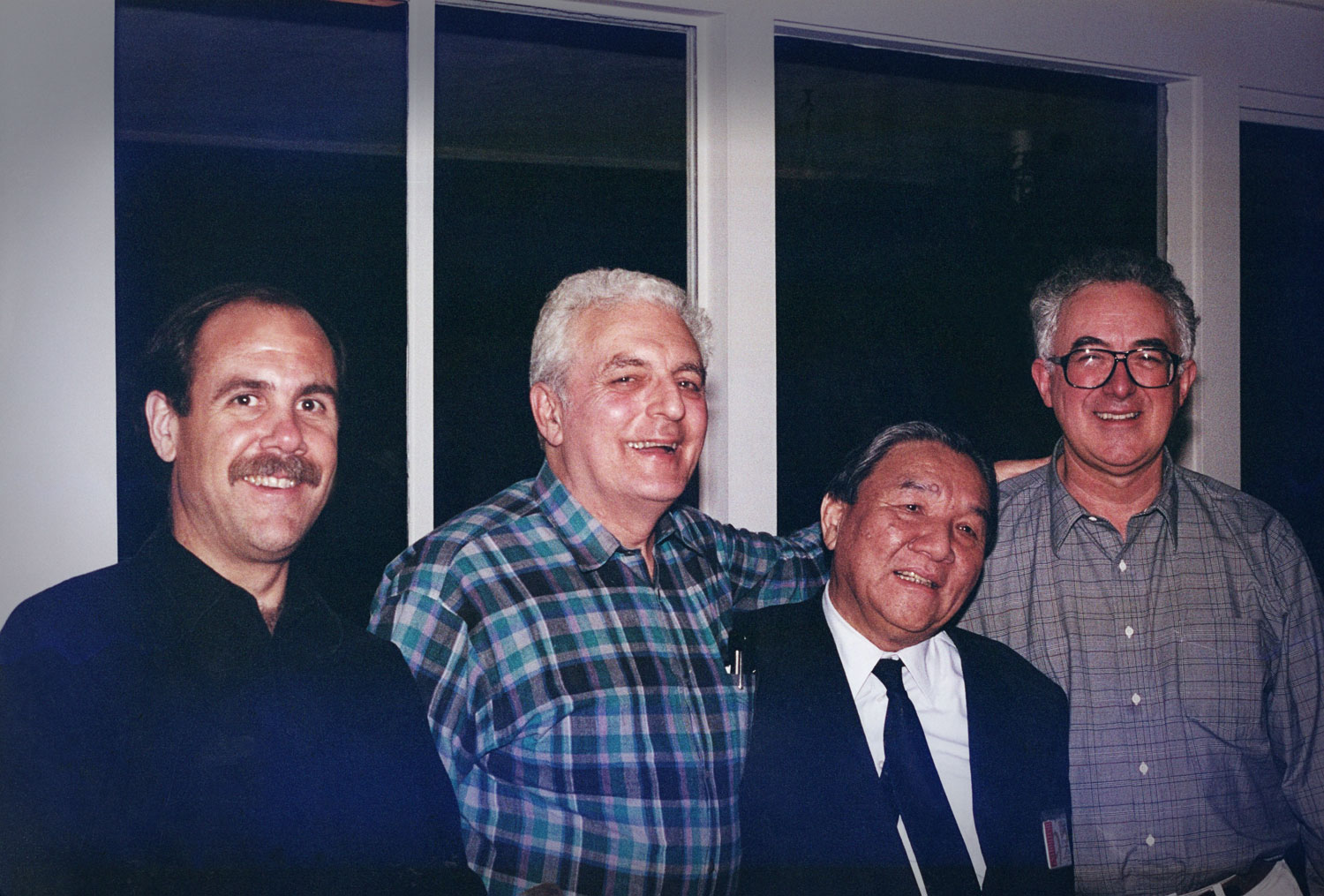 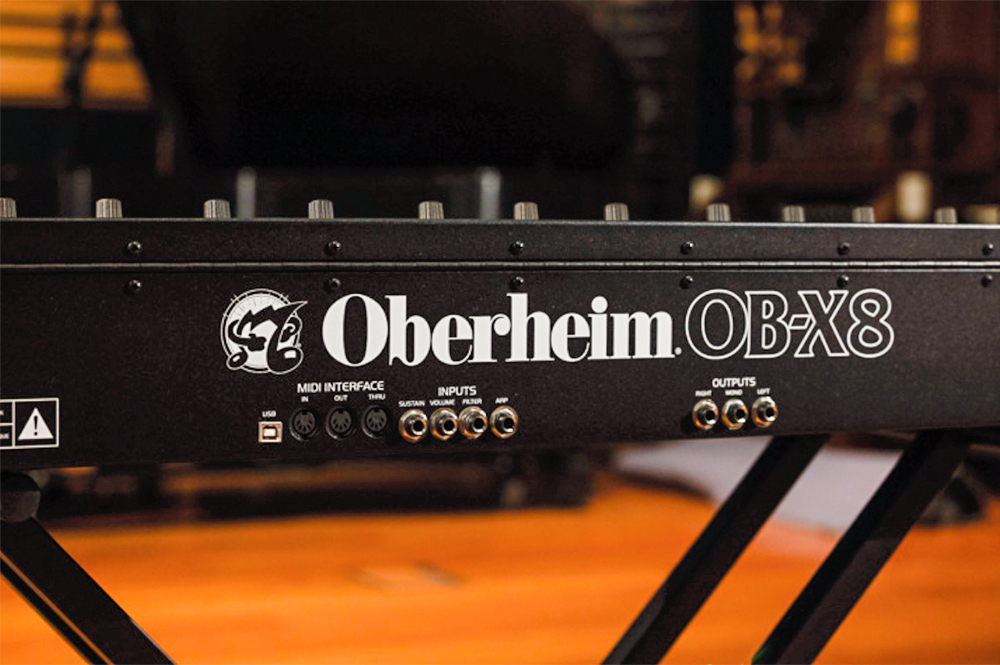 A list of articles from Sound on Sound about Oberheim.
https://www.soundonsound.com/manufacturer/oberheim

Tom Oberheim is the inventor of the first polyphonic music synthesizer, who played a vital role in the establishment of MIDI standards back in the early 1980s. The Oberheim Company created a long list of innovative products, which remain sought-after as vintage instruments including the Oberheim 4 and 8 Voice instruments. In 1987, after the sale of the Oberheim Company, Tom established Marion Systems and later Seasound. In recent years Tom reissued one of his first products, an analog synthesizer he calls SEM, the Synthesizer Expander Module.
https://www.namm.org/library/oral-history/tom-oberheim

Marcus Ryle began his career in the industry as an engineer for Oberheim while he was still a teenager. In those pre MIDI days, Marcus designed a series of sound controllers as well as providing several modifications to the company’s synthesizers. He later co-founded Fast Forward in 1985 with Michel Doidic, which provided engineering for over 40 of Alesis’ products including ADAT. At the same time, Marcus and his team worked on their own guitar electronics, which eventually became the foundation of their new company, Line 6.
https://www.namm.org/library/oral-history/marcus-ryle
Tweet
pinterest
×
Stay Informed