If you were forced to pick one single person who is responsible for the creation of the modern music production environment, Bob Moog would be a good choice.

He spans the era from the early days of synths to the post MIDI world and is arguably the most influential figure in synth history.

In researching the early beginnings of MIDI, we kept being surprised at how many times Bob's name came up.  But that is for a future chapter in the History of MIDI.

Bob was born in 1934 in Queens, New York. His father was an engineer at Consolidated Edison.  As young boy, he was fascinated by the Theremin.

At the age 14 in 1949, he built his first Theremin from plans published in the electronics magazine Wireless World (now Electronics World).

By the age of 19, he had started his first company RA Moog and was selling Theremins and Theremin kits based on his own design which used transistors. One of his customers was Raymond Scott.  You can learn more about Raymond Scott and other early synths  before 1963 including the Theremin by following the link below.

In 1963, Robert Moog published what is one of the most influential AES papers every released- Voltage-Controlled Music Modules.

In this incredibly short and concise 9 page paper, Bob lays out the foundation for millions of synthesizers that came after and many that are still popular today.

The motivation of the present work is the premise that the electronic music composer will benefit having at his disposal a sound apparatus which he can easily understand, quickly set up, and "play" spontaneously, more in the manner of a conventional musical instrument than of a code-controlled apparatus. (This premise has yet to be tested at length).

The system to be de­scribed consists of (a) voltage-controlled signal generating and processing modules and (b) a variety of transducers designed to produce voltages proportional to the position, velocity, and force of the musician's hands. Particular stress has been placed on attaining a linear variation of the properties of the modules with respect to the control voltage's magnitude, a feature which enables the modules to be programmed according to simple rules.

A group of basic audio signal generating, amplifying, and filtering modules has been described, The salient variable of each module is proportional to a control voltage over a range wide enough to insure utility in the production of electronic music. Specialized modules, such as noise generators and ring modulators, can obviously be used with the basic modules.

Several control transducers, patterned after the control mechanisms of conventional musical instruments, have been used for the sake of expediency.

The simple and predictable relation between the applied con­trol voltage and the salient variable of each of these modules suggests their application in fields other than electronic music production. In particular, the setting up of prototype experi­mental electronic musical instruments, and the remote-control processing of conventional audio signals are ideal applications for the voltage-controlled modules. 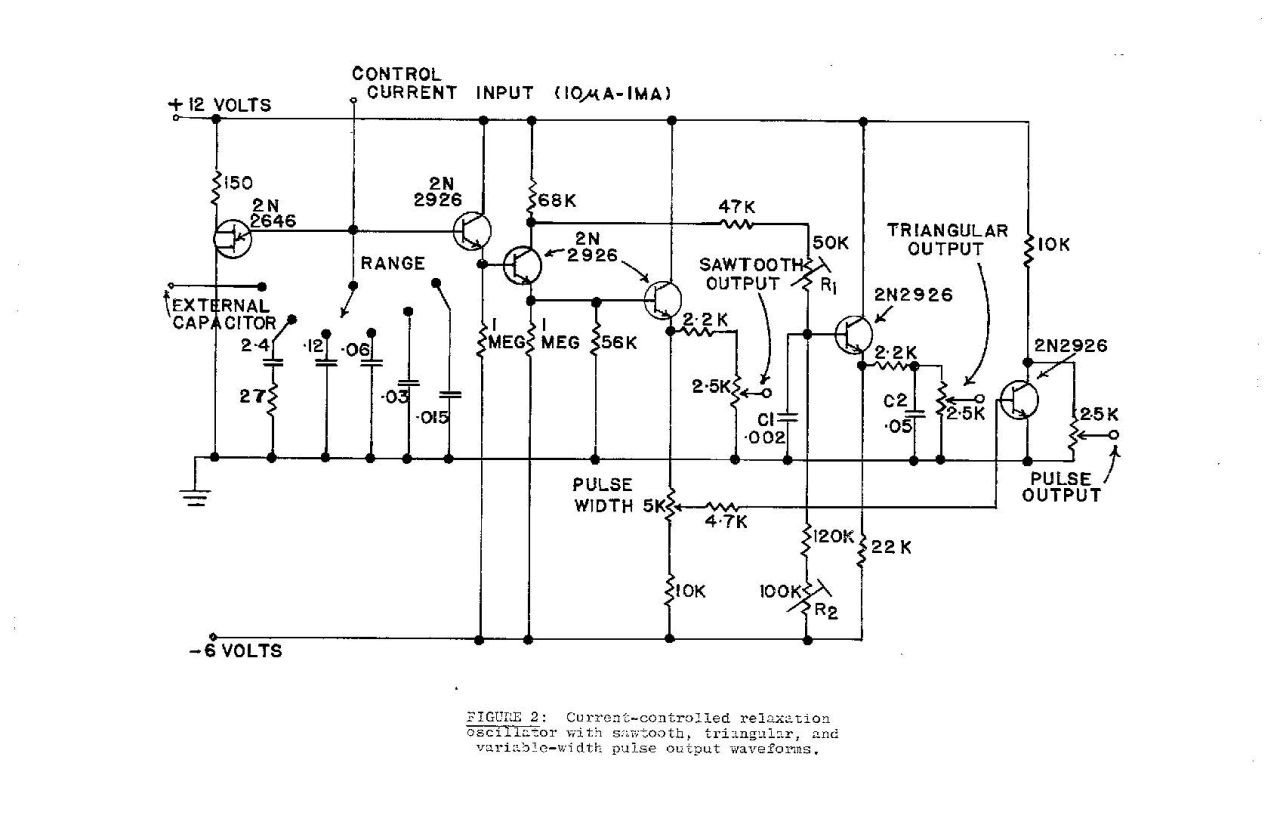 Soon with the help of composer Herb Deutsch, Bob was selling soon Moog Modular synths to rock stars and studios.

Perhaps the one album that brought the synthesizer to mainstream worldwide attention was Wendy Carlos's Switched-On Bach released in 1968. Suddenly everybody new two new words -Moog and Synthesizer. 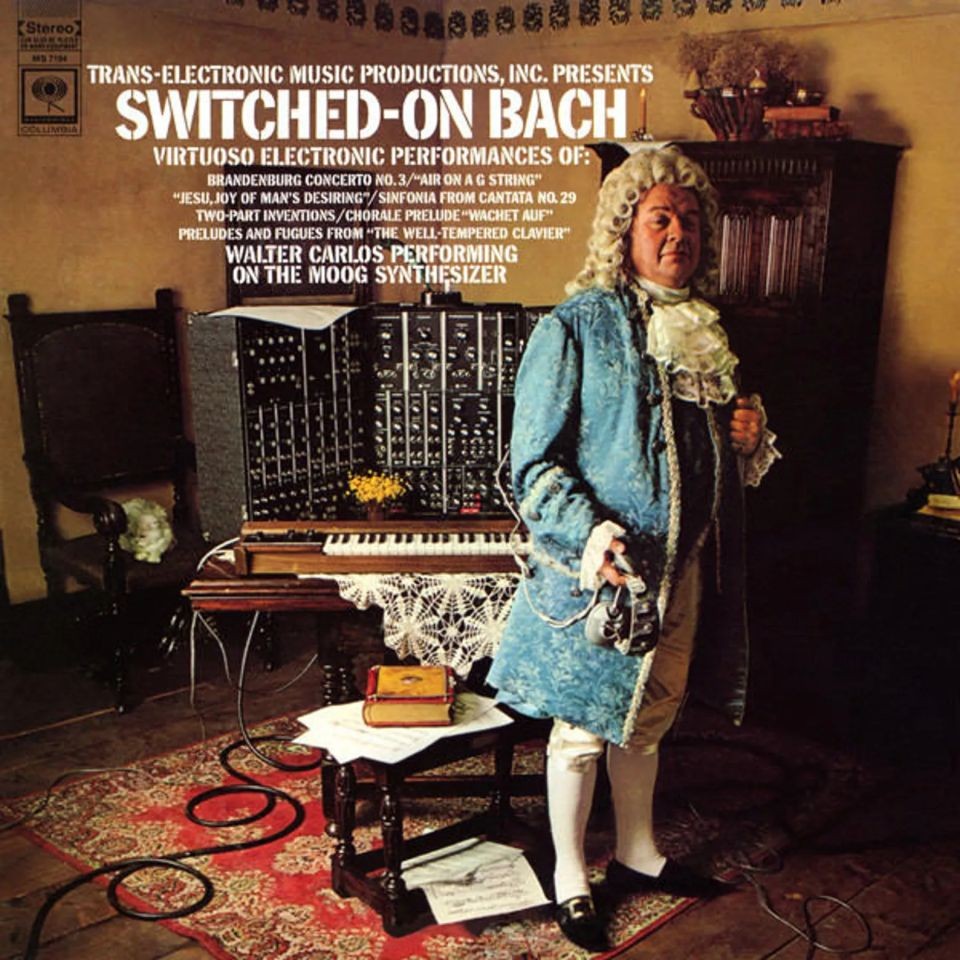 By the late 1960s, it was adopted by rock and pop acts including the Beatles, the Doors, the Grateful Dead, and the Rolling Stones.  Progressive Rock acts like Yes, Tangerine Dream, and Emerson, Lake & Palmer made it even more popular. 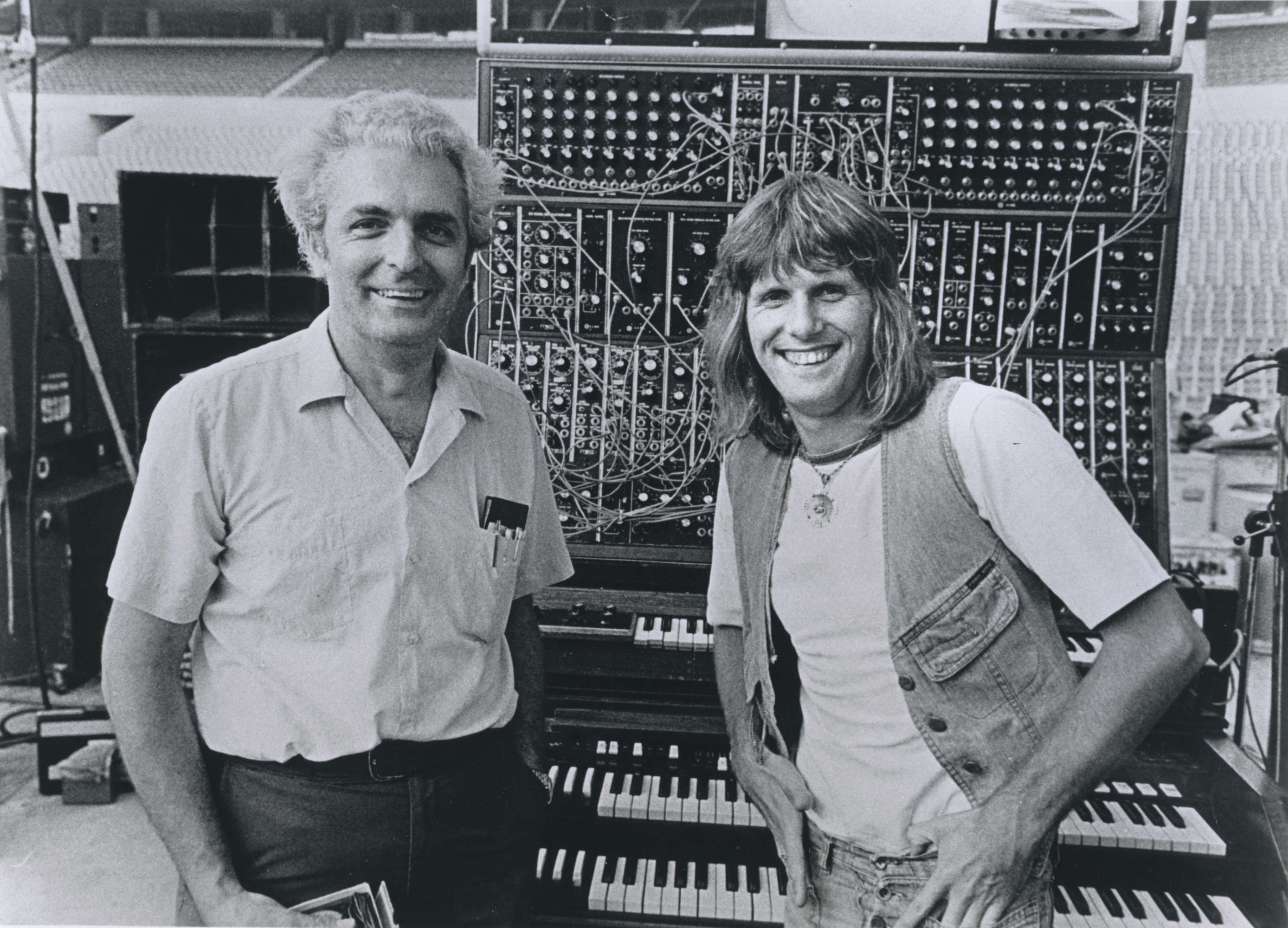 Moog soon added a new module to his Moog Modular synths. The Moog 960 Sequential Controller, a Sequential Sequencer which provided a bank of 8 control voltages that could be used for any purposes including playing back a set of notes with pre-determined pitches.  This was one of the first portable music sequencers.

The Mini Moog- the first portable and affordable synth

The Minimoog is an amazing story, partly because it highlights something well known about Robert Moog.

He was a brilliant inventor, but not a great businessman.  He pursued the development of his synthesizer as a hobby and admitted when he started the business he no idea  what a balance sheet was.

The Minimoog was developed as a side project by Moog engineer Bill Hemsath and Moog staff in 1970 who were afraid they were going to lose their jobs. At first, Bob Moog even opposed its development.

But he relented and the Minimoog became a huge success and it was the very first synthesizer sold in retail music stores.

It became an instant hit because it allowed keyboard players to finally compete with guitarists in taking solos.

Here is a brief summary of the history of Moog products

Bob Moog founded RA Moog company at the age of 19 and started by selling Theremins and Theremin Kits.

The company expanded and started creating modular synths in 1964. However these large modular synths were mainly used in recording studios and universities so had a limited market. Between 1953 and 1971, the company was only profitable in the year after the release of "Switched On Bach" in 1968 and ran deeply into debt.

As a result of the debt, in 1971 Bill Waytena, owner of a company called muSonics bought Moog Music from Bob Moog in 1970.

Waytena had created Musonics with the dream that  he could market synthesizers as a home entertainment products.  It is a cautionary tale repeated over and over again in the musical instrument industry when companies try to move from the professional musicians market to a broader consumer market and overreach their resources.

Between 1978 and 1987, Moog Music came out with many products, but none achieved the success of the Minimoog.

The company (Norlin) started to do contract engineering work including subway repair systems, air conditioning systems and even an air hockey table.

Leave to it to two Harvard Business School graduates to take an iconic musical instrument brand and turn it into an air hockey table. 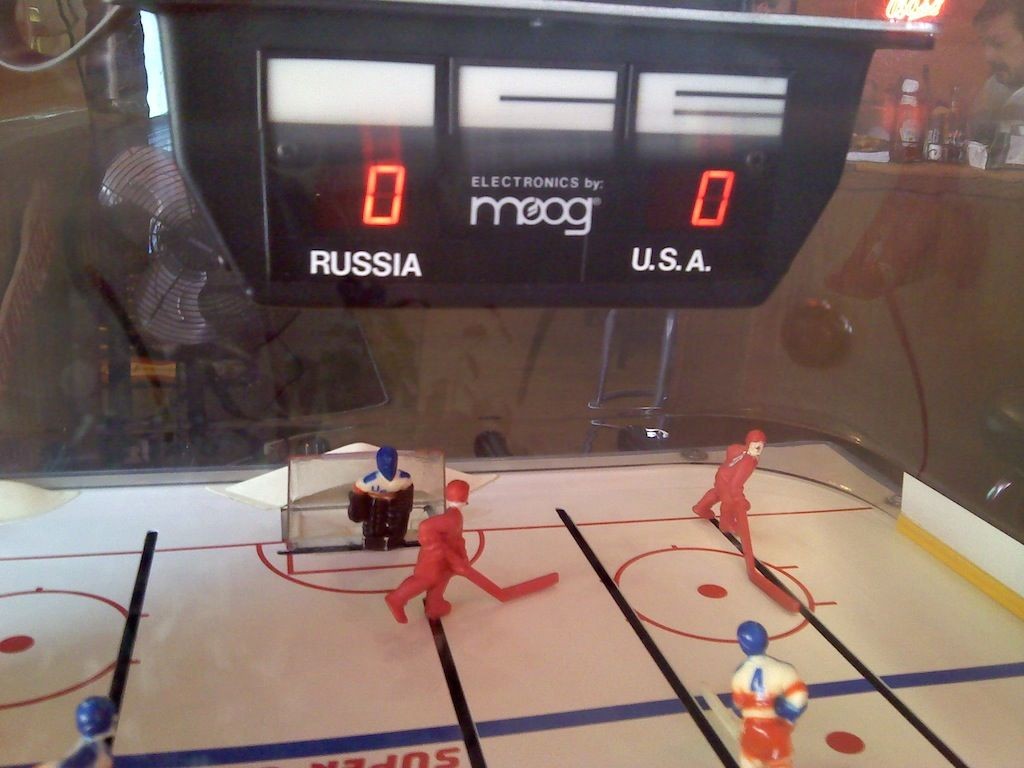 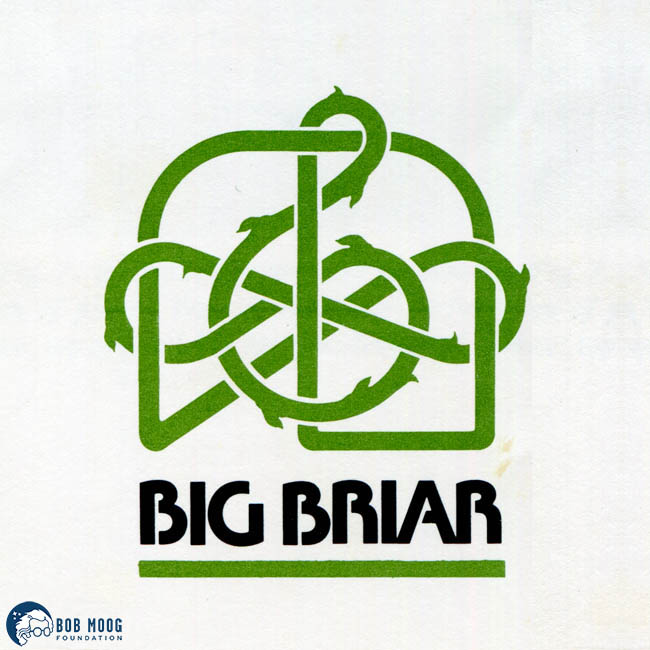 After leaving Norlin Music in 1977, Bob moved his family to just outside of Asheville, North Carolina.  He then started experimenting and designing new products under the Big Briar name. 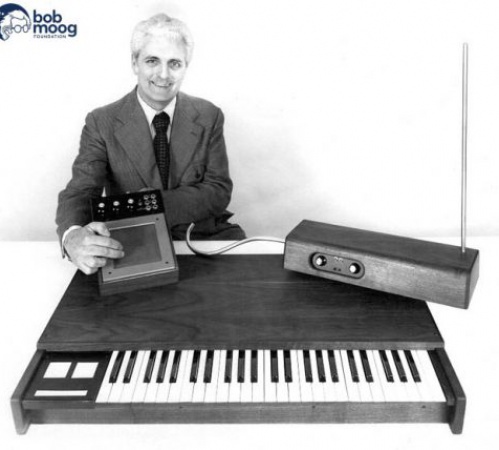 Bob Moog and Big Briar continued to develop products including a the Ethervox MIDI Theremin in 1998 and a series of pedals including the MoogerFooger low pass filter. 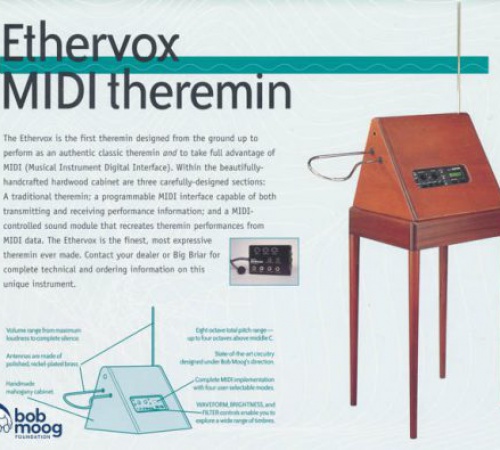 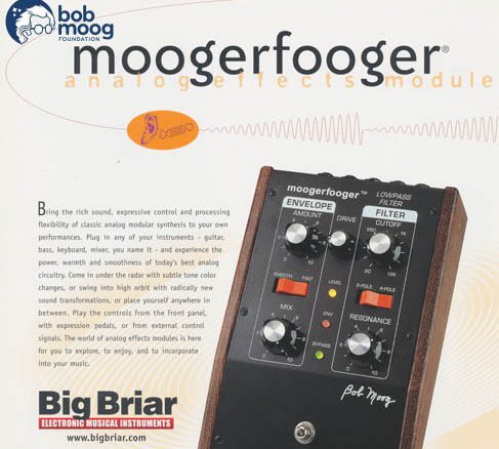 2022 was a very special year for Bob because he won a Technical Grammy and because he was able back the rights to Moog Music name and logo. 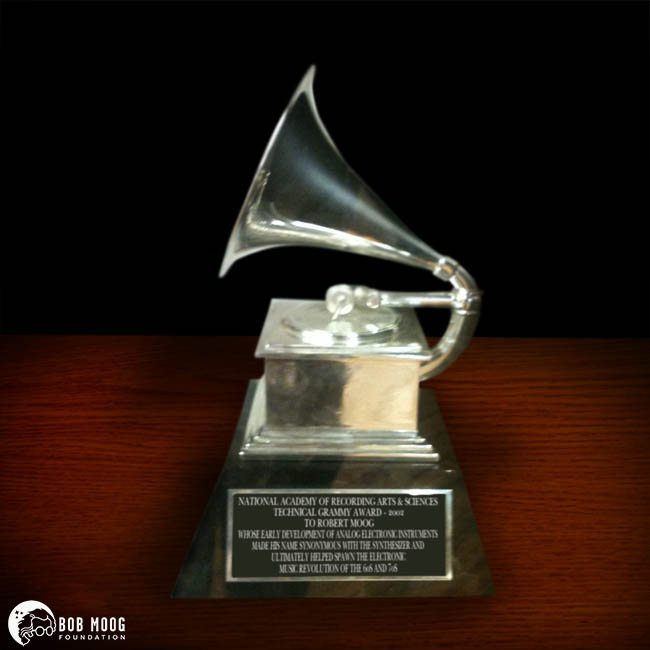 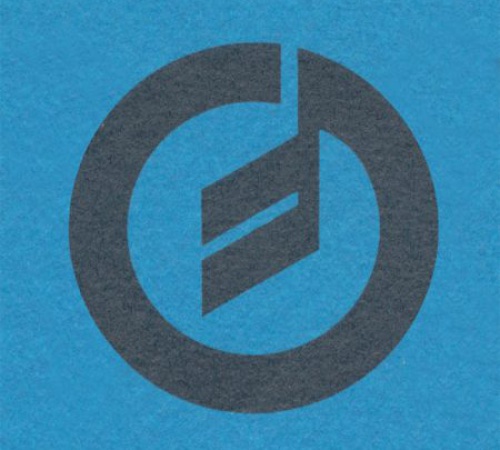 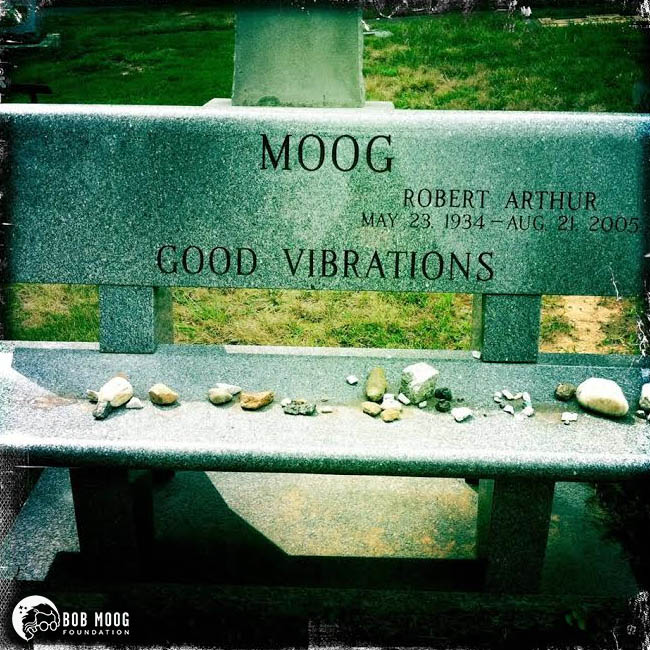 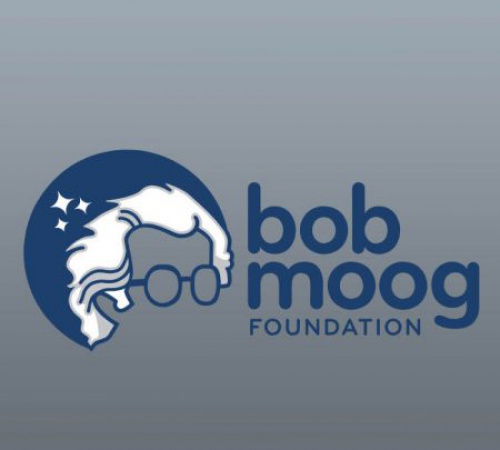 Bob Moog's impact on the development of MIDI

In upcoming chapters of the history of MIDI, we'll document how Robert Moog was involved with the development of MIDI in some unique and important ways.

But first, we are planning a series of articles on the founders of the modern music production environment with articles about Alan Pearlman, Don Buchla, Dave Smith, Dave Rossum, Ikutaro Kakehashi, Roger Linn, Tom Oberheim, and Tsutomu Katoh.

However, it seemed fitting to start our series of articles with Dr. Robert Moog for all he did for anyone who has every enjoyed playing synths and creating sounds. 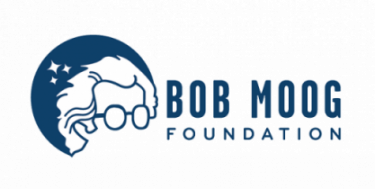 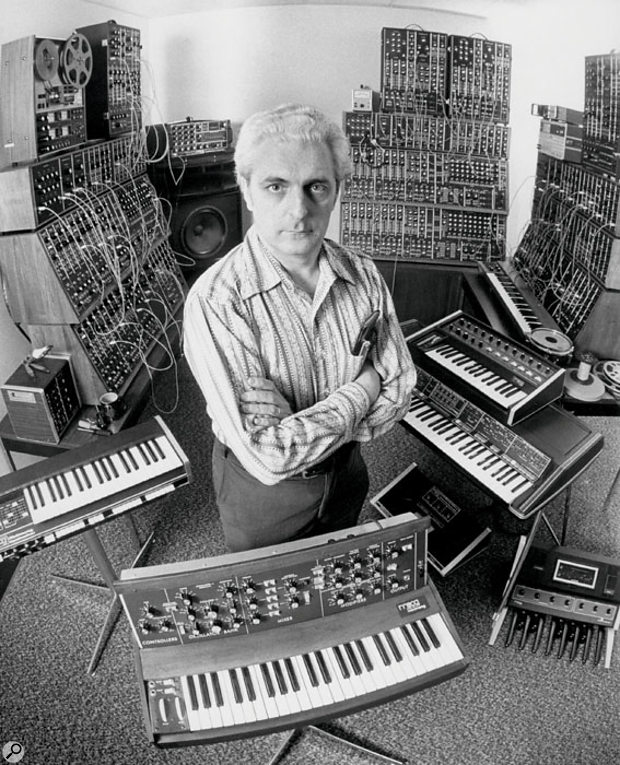 Bob Moog's name is forever associated with the synthesizer — but why? We take a trip back in time to explain the story of the man and the modular systems that provided the basis for nearly all modern synths.
https://www.soundonsound.com/people/dr-robert-his-modular-moogs Dr. Robert Moog was the father of the synthesizer and perhaps the best-known promoter of the Theremin and electronic music. When he passed away in 2005 after a short illness, he was eulogized as an inventor and lover of music. When his Modular Moog was introduced in 1965, followed by the Minimoog in 1969, he forever changed the range of tone in modern music, and many would say its attitude as well. The synthesizer celebrated the two things Bob loved most, electronics and music. Before Bob, the idea of electronic music was toy like; today, it is a way of life.
https://www.namm.org/library/oral-history/dr-robert-moog
Tweet
pinterest
×
Stay Informed