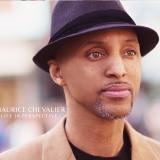 Maurice Chevalier
New Member
Registered on Monday, 01 February 2016
Last seen was 1 year ago
About Me

Composer Maurice Chevalier Davis has been painting with sound in a vast variety of music styles and settings for more than 20 years. A prolific composer, Maurice began composing for short films while studying music theory at Howard University garnering a reputation for quality and variety of composition.

After completing short form documentaries for the National Capital Park and Planning commission he made his way into video game music production at Magnet Interactive Studios. There he composed action and dramatic music for several award winning video games and interactive CD titles including Discovery Wings Over Europe.

It was thru this work that he was introduced to producers at Discovery Communications. He has since composed music for over 600 Discovery Channel, Investigation Discovery, TLC, Animal Planet, Science Channel, Planet Green and Military Channel programs airing in the US and markets around the world including the TELLY Award winning Mind Benders - History of Coffee.