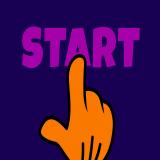 Angus
Saturday, 26 May 2018
28 Replies
16.7K Visits
0
Votes
Undo
Subscribe
I have this broken MIDI which sounds broken a different way on every platform I try it and w/every soundfont. Most of it sounds fine, until about 3:55. At that point is sometimes sounds scratchy then dies, or becomes cacophonous, one guy actually reported it sounds fine until the end when it gets quiet. I tried using software called Rosegarden in Ubuntu to analyze it, but it doesn't seem to have any kind of repair feature and I couldn't even get the sound to work anyway. What's the proper way of going about this?
Of course, if you just want to give a man a fish, that's fine too. Here it is.
Location
Ottawa, ON, Canada
Tweet
There are no comments made for this post yet
Oldest First

Angus
4 years ago
·
#1719
0
Votes
Undo
How about this: since there seems to be a lot of ambiguity over what the MIDI is supposed to sounds like and not sound like, maybe I should upload some samples of what I'm hearing, at the part from where it gets bad, and that might make it easier to decide what to share.

The only way you're going to get the same output is by using the same device as this was written for, as it was clearly NOT written for General MIDI (GM) playback.
Or if you can find a device/program/VSTi that will emulate an MT32.

It can be adapted by using the list of voices I referred to earlier by doing the following.
First, in Sekaiju go into List View and tick all the tracks to be displayed (16).
Then select that only Program Changes are displayed.
See the attached image.

Now, using the Roland MT-32 list of voices, match the voices using GM sounds.
That is, substitute by changing the Program Number for the correct sounding voice.
So, the first entry is on MIDI channel 2, right at the start (00001:01:000) reads "48-Strings", but in the MT-32 list of voices 48 is "Square Wave" not Strings.
So, find the GM Program Number (or whatever sound device your using) and substitute maybe GM 81-Square Lead.
The 2nd entry reads "116-Taiko", but the MT-32 voice for Program Change 116 is "Elec Perc 1".
You need to figure out what GM sound to substitute for that and enter that as the new Program Change number.
And so on.
Finding a suitable substitute may be difficult in some cases, e.g.what is Bellsinger? I haven't a clue.

If you can substitute all the MT-32 Program Change voices for GM ones, you may get a fair approximation of the original.

The file continues playing for some time after all Note On messages have occured, in measure 112, because there are two further Tempo Change messages, one in measure 131 and another in measure 144.

P.S. There is apparently an MT-32 emulator called MUNT. I just Googled "MT-32 emulator".
There are no comments made for this post yet

Angus
4 years ago
·
#1724
0
Votes
Undo
I guess I've got a lot to learn about GM. I played the game on the SoundBlaster 16 and it sounded alright. Maybe it would have sounded better on an MT-32, but doesn't the fact that it worked on an SB16 mean the game had to be able to produce GM? I don't think the SB16 could emulate MT-32.

It seems this MUNT thing requires DosBox. Does that mean I'd have to find a Dos app to play this MIDI?
There are no comments made for this post yet

What is not generally appreciated is that the MIDI specification was initially created way back in, was it '83?
At that time there was no definition of what particular voice would be invoked by any Program Change message.
So Program Change #1 on one device might invoke Piano, but on another one might hear a saxophone, for example.
However, it might be that a manufacturer, in order to fulfil a specific market requirement, might make their set of voices very simialr to another device.
So an SB16 might have very similar voices to an MT32. I can't say for sure, I never checked it out although, way back, I started with an SB16 card (ISA version).

The later creation of the General MIDI (GM) standard changed all that by, amongst a few other things, creating a map of voices and what Program Change number invoked them.
GM didn't arrive until, as I recall, the early nineties. Maybe initially '91 with amendments in '94. --- I think.
If you read the Standards you'll see there's no mention of any mapping of voices to numbers in the original documents.
That only occurs in the separate GM standard specification ('91/'94), and a further mapping in the GM2 spec.('99?)
But, even today, MIDI devices don't have to be GM compatible. If they are they'll have a GM label visible somewhere.
But a pure synthesiser manufacturer, for instance, may decide not to try to emulate all the GM voices.

As GM, as a standard, was not created until some years later, no hardware that was created before this was exactly compatible, although a few may have come close.
It's for this reason that attempting to emulate old, pre-GM hardware, is fraught with pitfalls.

Especially so since both the SB16 and the MT32 used synthesis for sound creation as did most hardware at that time.
Holding samples in tiny amounts of memory or on floppies or diminutive hard disks was out of the question.
We are so spoilt today with our GigaBytes of memory and TerraBytes of disk space.
The first mainframe computer I worked on (a long, long time ago) had just 20 kilo-characters of memory. A character was six bits (plus parity), a word was 24 bits!

P.S. Further research shows me that many, including Creative, used the gaming card originally made by Ad-Lib, as a model for the voices.
It's quite posiible that Roland followed this voice layout too.

WRT Sekaiju, right click on the name of any track and you should see a pop-up menu.
In the pop-up you should be able to select "Show this track's Event List window".
Only one track's info will be shown initially, but you can select more tracks and what you want to see from the menu boxes on the RHS.
There are no comments made for this post yet

Looks like I got the dates of a few of these things mixed up. The bottom line is that the Wing Commander II came out before the SB16, so the latest SB card it could have supported was the Pro? In any case, I don't think the Pro is GM.

Figuring out what all those instruments are supposed to be seems like a lot of shots in a lot of dark--above my pay grade. If that's the explanation as to why the MIDI sounds fine until about 3:55 when it becomes a train wreck, then I don't see a way forward.

On the other hand, since WC2-45.MID sounds a lot like it should (on every platform I've played it), wouldn't it be easier to use that one as a guide?
There are no comments made for this post yet

Jason
3 years ago
·
#3953
0
Votes
Undo
Hello,
I used to be able to play these files in Quicktime, but that app is defunct and I can't find any way to get them to play. Can anyone provide assistance?

Thanks,
J
There are no comments made for this post yet

3 years ago
·
#3955
0
Votes
Undo
It would be a MASSIVE help if you could remove this query from this thread, and start a new thread. This query clearly has NOTHING to do with the the thread it is added to.

The two files attached are named as .MID, but looking inside them they are NOT MIDI/SMF files, although they MIGHT contain some midi-like data.

The files could be QUICKTIME audio format, as you say that QT would play them. I have a version of QT (I think) from about 1995 which is supposed to play QT videos, and MAY do something with QT Audio (but I'm guessing). I'll try to dig it out.

In any event, the files may be non-midi, and therefore outside the remit of this forum? 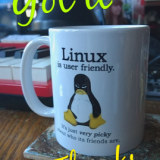 Lee T.
2 years ago
·
#4503
0
Votes
Undo
Angus,
I saw Rosegarden was used so wanted to look at this the same way.
I use a new Roland GO:KEYS 61k which has 16 channel enabled by default.