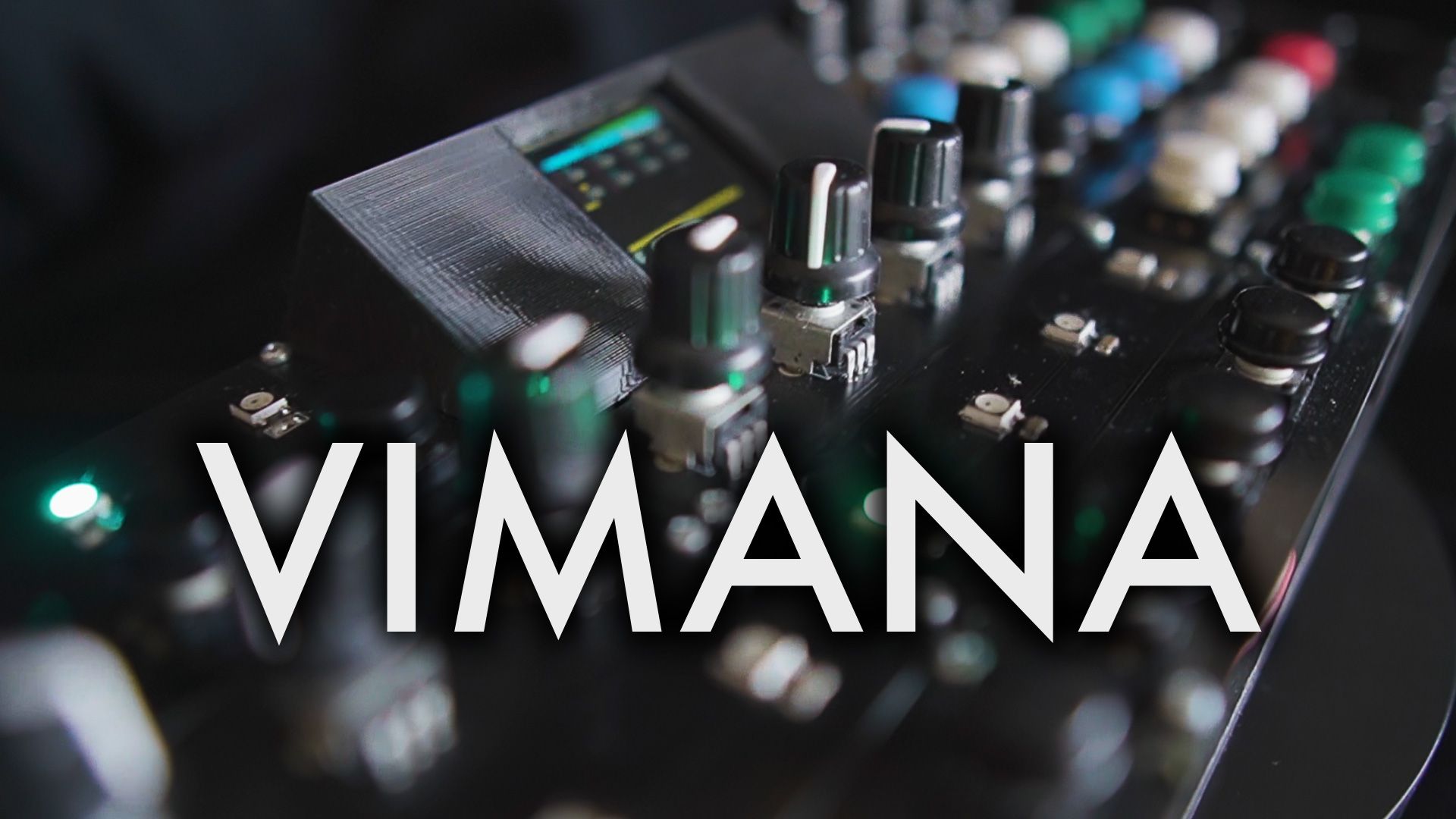 Vimana stands upon an open philosophy regarding the physical user interface. As a developer and a musician, I wanted to be able to build multiple instruments according to the need of the project, or the moment. For this I have created a modular user interface from the physical point of view, but also from the software point of view. Let’s say that we need a step sequencer with 5 steps and 3 tracks only, or a gate sequencer for drums and rhythms with as many steps and pages and tracks, it is all possible with this system, it’s just a matter of changing variables and voila. CPU is the limit here, and since we have a Teensy platform as the brain, we have a lot of free ground to play with.

It’s inspiring to see how people use it, and how intuitive it can be. It doesn’t have a front plate with labels and icons because the user interface is not closed yet, but even so, our friends that have tried Vimana, jumped into it and started to have fun in the first moments.

Eurorack compatible: Sync in/out, CV and Gate outputs per track. Connect an external MIDI keyboard to be able to record tracks on the fly. Record and Recall presets. Add more randomness, probability rules and bernoulli gates. Play with different formats and sizes for different needs, Trigger Sequencer for Drums, Melody sequencer for melodies. To be able to program sequences in the computer and upload to the sequencer. Use the sequencer for unconventional uses, like lights control and robotics, kinetic installations.

As soon as we are able to finish a version 1.0, we intend to start selling units worldwide. Our main challenge right now is the hardware side, to find the best components, the best buttons and pots, the display, front panels, and casing. As soon as all this is solved we intend to build small batchs and accept pre-orders.
View Entry's Website
About the MIDI Association
MIDI Association IP Policy
MIDI Association Anti-Trust Policy