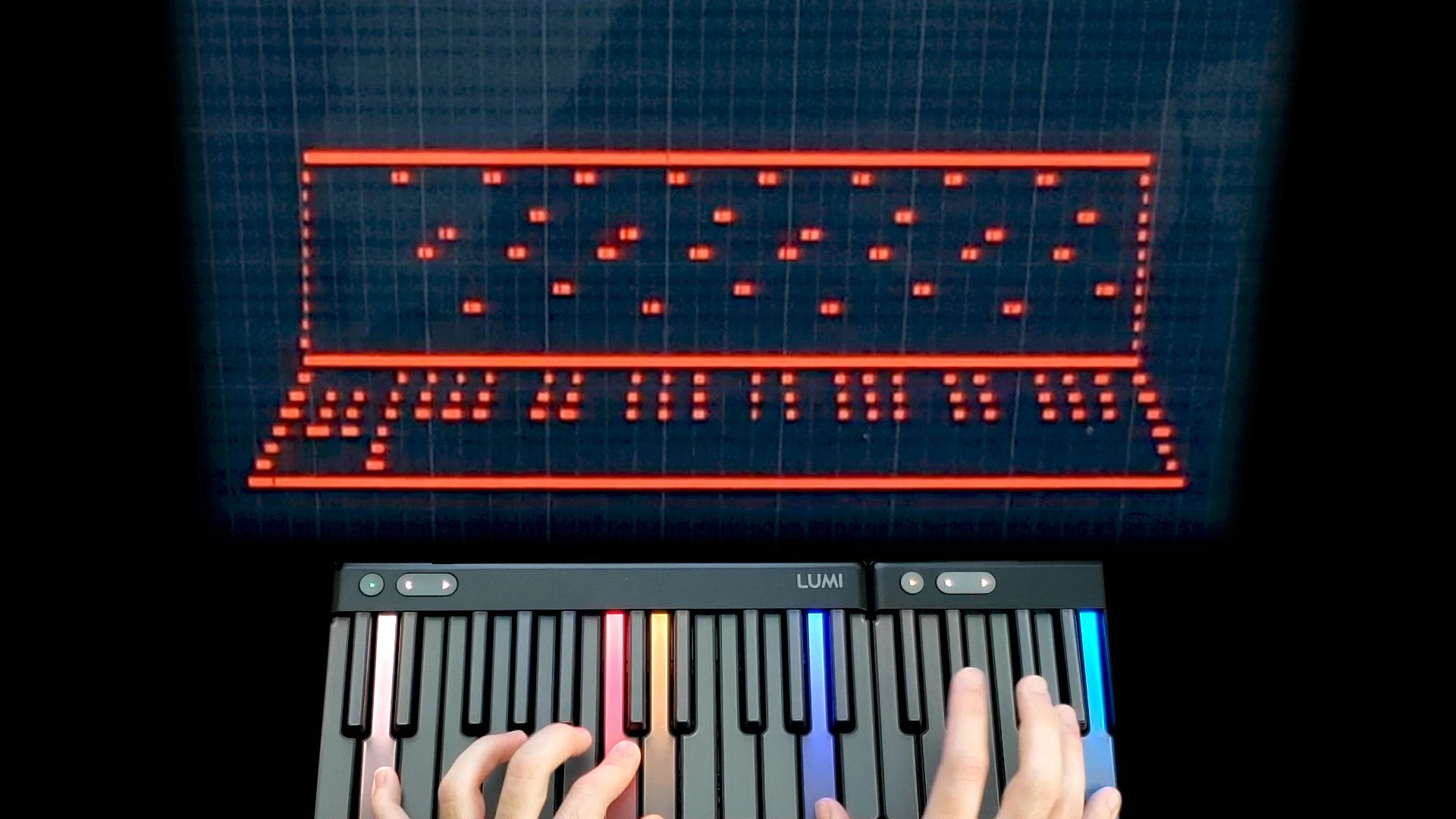 In this video, I draw one of my favorite things - a synthesizer, live in Cubase's piano roll using a MIDI controller (LUMI Keys by Roli). I started creating live MIDI art in July 2021, after being inspired by the MIDI art created by Savant, Andrew Huang and others. The idea of trying to create MIDI art in realtime was floating around in my head for years, and I finally decided to give it a shot. I wanted to combine my love for music with my love for video game pixel art, so in my first videos I created various video game logos and characters. I then decided to try drawing musical instruments and other things as well. Since then, I've created around 30 of these pieces, with many of them going viral and amassing millions of views.

I feel like this needs a little backstory: People have been drawing pictures in the piano roll for years - but before 2017, these drawings mainly consisted of clusters of random notes without any thought put into the actual composition. They looked good, but sounded terrible. Then in 2017, an artist by the name of Savant blew everyone's minds by creating MIDI art that actually sounded like beautiful music. Savant inspired many other artists to create musical MIDI art. Being a pianist, I remember one of my first thoughts when seeing these videos being that it would be incredibly cool to play these pieces live. All the MIDI art created back then was composed in the DAW with a mouse and simply played back in the videos. I thought it would be interesting to perform the piece live and see the drawing generate on screen in realtime. However - I didn't actually do anything with the idea at the time because I was too busy working on other things. Then early last year, musician Jacob Collier did some experiments with live MIDI art. He made a couple of viral videos where he spelled out words on the screen - first "Vote", then "Happy 2021". The drawings were simple but he added a nice backing track to them and made them sound great. Seeing his videos reminded me that I had wanted to try something like that for years, but hadn't actually given it a shot. Then finally, In July 2021 a video game I was excited about was announced and I thought it would be fun to create the game's logo in live MIDI art. After a few days of trial and error, I had a composition I was happy with and I recorded it. My wife thought it was really cool so I shot another video with another video game logo. I posted both of these videos to Instagram and TikTok, and to my surprise the second one blew up and started receiving hundreds of thousands of views. People loved the idea and demanded I create more, so I starting making these videos on a regular basis. I improved with every new composition and learned new techniques, always trying to push the boundaries of what's possible for realtime MIDI art. The composition process for these pieces is very tricky. I try to not only make them musical, but to also sound like they belong in the world of whatever image it is I'm drawing - while at the same time always making sure they're actually playable with only 2 hands. Memorizing the pieces so I can record them live takes a lot of practice as well (many awkward hand positions are involved). In the end, people love these videos and I enjoy making them, so it's a win-win. So far, my live MIDI art videos have amassed over 60 million views across YouTube, TikTok, Instagram and Facebook.

Every day, I receive messages from people telling me that my videos inspired them to start learning piano, or buy a MIDI controller and get into music production. What more can an artist ask for? :)

Right now I simply want to keep creating these on a regular basis, until I get tired of them or my audience does - whichever happens first. :) I have thought of taking MIDI art to the 3D world somehow, but that would require new software that doesn't exist so it's just a thought for now.

I don't really create these with the goal of making lots of money, but I do sell some merch with a few of my MIDI designs ( https://glasys-merch.myshopify.com/ ) and I do make a little money from the video views and my Patreon supporters. Mainly, my goal with these videos is to inspire other people, and also to hopefully get some viewers to check out my music. I'm also doing some occasional collaborations with brands - One project I really enjoyed was a collaboration with Adult Swim (they commissioned me to draw their logo and posted it on their socials). In addition to this, I'm considering publishing a book with sheet music of these compositions in the future.
View Entry's Website
About the MIDI Association
MIDI Association IP Policy
MIDI Association Anti-Trust Policy