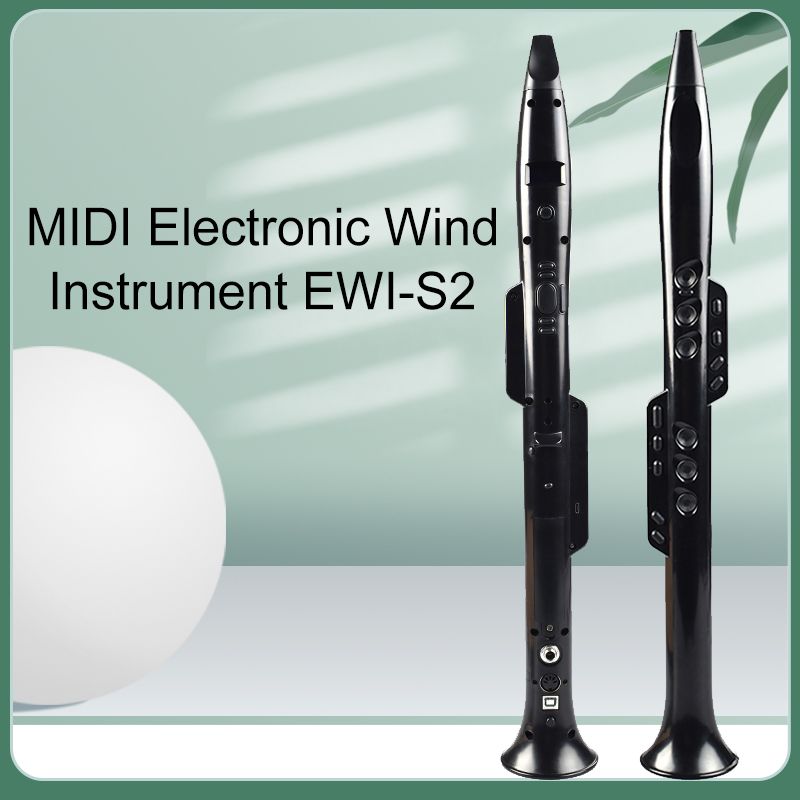 1. EWI-S2 is designed by a team from China and has local musical instrument sounds. Each sound is collected from an acoustic instrument, which truly restores the sound quality of the instrument, and also enables all users to understand and play Chinese native sounds.

2. EWI-S2 has the function of musical instrument skill. In acoustic instruments, if you want to achieve skill performance, you need to practice for a long time. EWI-S2 has a skill button, as long as you press the button, you can play a lot of skill sounds. , For example: when playing the pipa sound, touching this button will play the pipa wheel finger sound. When playing suona and bamboo flute sounds, touch this button to play suona and bamboo flute tongue sounds. Touching this key while playing a saxophone sound will produce a saxophone growling sound.

3. EWI-S2 can be used as a MIDI controller to control different computers through USB/MIDI/Bluetooth MIDI and other methods.

As a multifunctional electronic wind instrument, EWI-S2 has a variety of MIDI controller functions and can control external MIDI devices through a variety of connection methods.

No expansion plans yet

EWI-S2 has completed the design and performance of samples, and is currently undergoing small-scale trial production. It is expected that the first batch of products will be launched in May 2022.
View Entry's Website
About the MIDI Association
MIDI Association IP Policy
MIDI Association Anti-Trust Policy