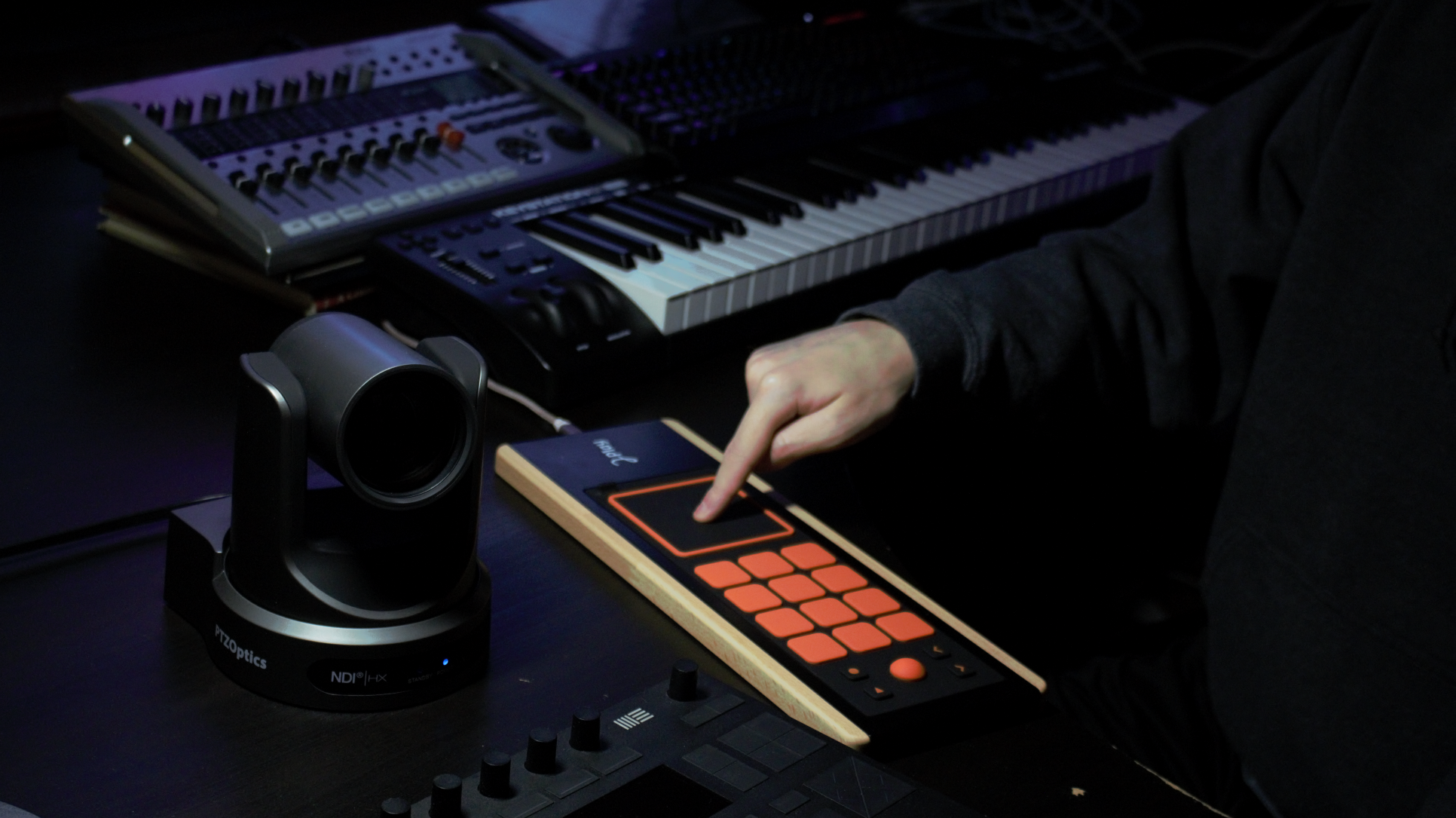 PTZOptics is adding configurable MIDI control to our award-winning PTZ cameras. Set and call presets, plus operate pan, tilt, and zoom from any MIDI device.

This update will allow users to operate the cameras directly via MIDI control, no app or additional software required. This is fully configurable MIDI control – users can specify which MIDI notes they want to use to set and call presets, pan, tilt, or zoom.

Map the controls you want to the keys you have available on any MIDI device. MPE input is supported, allowing users to adjust camera position along multiple vectors at ones.

The possibilities are endless: DJs, producers, and even instrumentalists can control a PTZ camera using anything from a sound board to a drum kit.

PTZOptics is the only camera manufacturer that has enabled direct MIDI control of its devices. We began experimenting with MIDI control at the request of House of Worship users who were looking for ways to streamline livestreaming production.
Once the idea was introduced, the benefits were obvious: our customers could use MIDI to control PTZ cameras without having to adopt any new control devices or software.

Our new firmware update expands the commands available and allows the user to map them to whatever keys they want. Users will now be able to control everything they need for a sophisticated, highly synchronized livestreamed music performance, including the camera positions, from a single MIDI control device.

Our new MIDI control firmware is still in development. Our customers in the live music industry – from worship leaders to DJs – have been very vocal about the need to control cameras without additional dedicated hardware. The clamor to bring MIDI camera control to Pro Presenter and other platforms has been loud. Now, it’s here, and the user has total power over how to map camera controls to their MIDI device. Without adding any new devices, users can set and call presets and manually adjust camera position. We cannot wait to see how the MIDI community will use this device.

MIDI control will roll out to all generation 2 PTZOptics PTZ cameras by the end of 2022.